Sometimes in our desire to keep our homes or environment clean and sanitized, one can make the mistake of mixing one or two different cleaning agents. Most cleaning products contain chemicals and dangerous agents that may react dangerously when mixed wrongly. Be certain of the product ingredients before you mix two cleaning products.


What To Do If You Accidently Mix The Wrong Cleaning Products Together?

Be sure not to mix the wrong cleaning products together. After using one particular cleaning product, be certain to first rinse surfaces with water and allowing some time to dry before using another product. Bleach most especially should not be used or mixed with any other thing apart from water.

When two products with contradicting chemicals are added together it produces dangerous gases and fumes. These chemicals can irritate the skin, or even cause chemical burns. The fumes can also irritate the eyes and throat. When such an accident occurs, the first thing to do is to open up the windows and improve the ventilation. This would allow the emitted toxic gases to escape and allow fresh air to come in. The area also needs to be vacated immediately until the fumes clear.

Is It Safe To Mix Ammonia And Bleach?

Most cleaning products contain ammonia and it’s a very common mistake to get mixed up with bleach. When ammonia comes in contact with bleach, it reacts with the chlorine in the bleach and produces chlorine gas. The gas or chloramines are quite dangerous in large quantities and especially in enclosed spaces.

Inhaling emitted chlorine gas caused by ammonia and bleach mixture can cause severe coughing, chest pain, and even tearing. Once such a mixture occurs, the room should be well ventilated, windows open, and vacated for a while.

Is It Safe To Mix Vinegar And Bleach?

Vinegar is an acid with a low PH level, and thus has a high potential to get toxic when mixed with the wrong chemicals. When vinegar is mixed with bleach, it emits a dangerous chlorine gas. The gas is so powerful and dangerous that it was used in large quantities as a chemical weapon during World War I. it damaged the lungs, nose, and eyes.

If bleach and vinegar is mixed by accident, clear the room immediately. Open up windows and allow fresh air to come in and replace the toxic gas.

Is Mixing Vinegar And Hydrogen Peroxide Safe For Use?

Peracetic acid is both corrosive and toxic. It can destroy, damage, and wear down surfaces it was applied on. You would need to immediately rinse with lots of water to dilute the acid.

Is It Safe To Mix Rubbing Alcohol And Bleach?

Rubbing alcohol when used alone is great for cleaning and disinfecting. It is however dangerous to mix with bleach. Most rubbing alcohol sold in convenience shops and pharmacies is 70% to 99% concentrated. Mixing such high levels of alcohol with vinegar would create chloroacetone and chloroform gases.

Both gases are dangerous and very toxic. Chloroform gas can knock a person unconscious. Chloroform is even suspected to be a cancer-causing agent. Chloroacetone is so dangerous that it was used as a form of tear gas weapon during World War I.

Is It Safe To Mix Two Different Drain Cleaning Products?

Drain cleaners contain chemicals that would clean and break down sediments in the drain. Each product comes with its own unique blend of ingredients. Without being aware, one may make a harmful blend by mixing two drain clean cleaning products.

Most drain cleaners contain bleach. Bleach is hazardous when mixed with most other types of cleaning agents. A bad mixture would create dangerous and toxic fumes. Experts thus advise that you stick to using one drain cleaning product at a time. You can try the highly effective Green Gobbler Liquid Hair & Grease Clog Remover, available on Amazon.com

Is It Safe To Mix Vinegar And Baking Soda?

Theoretically, mixing vinegar and baking soda is not exactly dangerous. Yet, it is not good to mix both, except in a controlled environment. Students usually mix vinegar, dish soap, and baking soda together to form or mimic volcanic eruptions at science fairs.

When vinegar and baking soda are mixed together, they produce water, carbon dioxide, and sodium acetate. All these by-products are not exactly dangerous. However, the chemicals should not be mixed in a container. Since carbon dioxide is a gas, this mixture should not be done in an enclosed or small space.

What Can I Mix With Bleach To Clean Floors?

The best way to use bleach is to first clean surfaces with a cleaning agent. And then use a mixture of bleach and water to disinfect. Bleach and water mixture can also be used to disinfect kitchen countertops, stainless steel appliances, refrigerators, and other non-porous, and hard surfaces.

What Are Two Common Household Cleaning Products That Should Not Be Mixed?

Ammonia can be found in most cleaning products. Bleach is also a popular cleaning agent and the most common occurrences of wrongful mixing of cleaning agents occurs involve bleach and ammonia.

Wen mixed together the reaction gives out chloramine fumes which are dangerous and can also create hydrazine, which is poisonous.

Can Mixing Cleaning Chemicals Kill You?

Mixing some cleaning products together can prove to be very dangerous. This is because the dangerous mixture produces harmful chemicals. Very quickly, dangerous toxic fumes and gases can be produced.

The toxic gases produced from the mixture of two or more cleaning products cause a burning irritation of the skin, nose, throat, and eyes. These can lead to skin burn, coughing, damage of the lungs, difficulty in breathing, and in worse case scenarios, even death. Instead of mixing, get one effective cleaner, like the Clean Freak Multipurpose Cleaner from Mr. Clean, available on Amazon.com

Some chemicals are not supposed to be mixed together because they create dangerous chemical reactions with toxic results. Cleaning products contain chemicals. Each cleaning product contains a blend of chemicals that are considered relatively safe to be used together. Mixing with other products, which contain their own separate chemical blend is never recommended.

Mixing cleaning products create toxic fumes and dangerous chemicals that can harm the skin, or lead to severe coughing. They can also burn the eyes, nose, and throat. Some can be cancer-causing agents, and others lead to difficulty in breathing and even death. It is best is to follow expert’s advice; do not mix cleaning products together.

View all posts by Ailen L. → 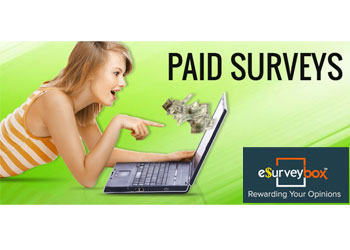 [url=https://dapoxetine.cyou/]where to buy dapoxetine in singapore[/url]